Not everyone is born. Some people seep into existence, gradually coalescing… You turn around and suddenly that figure has always been there.

One of those small cameos for me is Crazy Jane. I first encountered her back in the nineties in Grant Morrison’s Doom Patrol comic: she was a sort-of super-hero suffering from multiple personality disorder and in true comic book fashion each of her personalities had his or her own super power. Patterned after When Rabbit Howls by the Troops for Truddi Chase (a devastating autobiography if ever there was one), each personality has his or her own distinct psychology and function: a tragic but inspiringly inventive mosaic carapace that attempts to protect the original personality – a horribly injured and betrayed little girl, unable to move beyond the moment before her first abuse. But in the best comic book tradition, the grandiose narratives and surreal flights of fantasy are there as just a memorable and symbolic framing of Jane’s slow recovery – not back into the real world, but into a place where she can understand and accept and make the most of herself on her own terms. Morrison and his partner artists (Richard Case, Stan Woch and many others) created a beautiful, challenging character with truth at her many hearts on a journey that felt as real as it was fantastical. Doom Patrol: check it out.

Morrison was just one of the latest artists to co-opt Crazy Jane. Yeats wrote a number of poems about her in the late twenties and early thirties: a tatterdemalion philosopher –I am tired of cursing the Bishop (said Crazy Jane)- who appeared in the anthology Music For Words Perhaps (fellow WordPresser Taste To Waste has some insightful words to say). Betrayed by religion, at odds with the universe, raging from a mountaintop at the war between the physical and the spiritual, simply missing her lover… I love Crazy Jane on God in particular, not least because another Mr Morrison took Yeats at his challenge and set it to carousing choral music: https://www.youtube.com/watch?v=e0iqQ1vDGYk.

But Yeats wasn’t the first poet to find Jane. William Nicholson wrote The Ghost of Crazy Jane in 1814: you can read it here: http://www.poetrynook.com/poem/ghost-crazy-jane… it’s a little Edgar Allan Poe-faced (how unfair! The Raven came thirty years later) and it’s lovely… it isn’t hard to imagine this Crazy Jane hanging out with her soul sisters Lenore and Catherine (did you know Emily Bronte started writing Wuthering Heights the year Poe’s soul from out that shadow was lifted nevermore?), though you might not want to be invited to all of their parties…

Somewhere in the middle, in 1855, was the painting Crazy Jane, by Richard Dadd. You can see it at the top of the page. A tattered woman, pale, hanging from stripped, bare branches, staring out at you accusingly from her pauper’s crucifixion: her face bisected by lank hair, an unlucky peacock feather threaded through her headdress like a fish skeleton and a slightly bucolic but slightly ruined country scene behind her. She bleeds into that washed-out landscape: a strip of fabric at the bottom of her skirt matches exactly the horizon, the bandages up her arms are the same rough colour and shape as the birds of ill omen that hang around her, the crown of thorns on her head has snaked into her hair from the branches she is clutching, her slip is the same form as the jaundiced clouds that stain the sky… she is the spirit of this unlucky and insane land, dwarfing the pitiful authority of the church and state in the background, a very personal condemnation of… what? A wronged woman, driven mad by the lover who has deserted her, maybe? Powerless, but her pain and madness written into the sickly and empty world she dominates, even as it victimises her.

I see her as the flipside to the passionate and madcap Jack-in-the-Green: another pagan spirit creeping out of the old rural country into plain sight, but ruined and mad instead of lusty and manic. She’s beautiful, powerful and dominating, but also poisonous – overwhelming and crazy. Jane’s face isn’t carved into churches like Jack’s, it hangs in the sky above them like a tearful cloud: a gallows rather than a maypole.

Richard Dadd painted her in the grounds of Bethlem Hospital, where he had been an inmate for over ten years following his murder of his father. He was transferred to Broadmoor in 1864, where he remained until he died in 1886. He spent most of his life in one asylum or another, and in all that time he never stopped painting.

He had been an up and coming young artist, talented and romantic – “proposed to devote himself purely to works of imagination,” remarked a friend. Intricate fairies and goblins frolic around midnight mushrooms in his work, Walpurgisnacht is celebrated, Robin Goodfellow and Ariel grin and flit… Angela Carter described his work as “the quaint pornography of never-never land.” Titania sleeps in the nude, giant bats frame the heavens, screams are fleshy and throats are deep.

In the early 1840’s Dadd joined the esoteric caravan heading east, touring Italy, Greece and into the Ottoman Empire to Beirut, Damascus, Jerusalem, Cairo and Karnak. It was a fashionable thing for artists to do: they could experience a new world far more ancient than their own, a faerie land where the goblins and sprites were actually human: old, erotic, unknowable but close enough to touch. Impossibly naïve to us today, but in those Byronic days of romance and war it was felt that a young man could explore strange old worlds without tipping into queasy tourism. Dadd writes about the “villainous” creatures he watched swarming in exotic markets, grinning and inscrutable, and it’s horribly reminiscent of tales of the freak show visits by stately Victorians to the madhouse.

Apparently it was in Egypt that he suffered heat stroke, which seemed to give way to a psychotic break. He entertained fantasies that he was some kind of godlike avatar, inspired by the Egyptian pantheon, and he became changed. This brilliant man, who could draft and create dreamlike but manic landscapes where dozens of capering faeries celebrated something essential but forgotten, became ruined, fell and couldn’t get up again, changed himself for the rest of his life. He butchered his own father.

Was that madness always there in his art, finally overflowing into the real world? Did he suffer an illness that couldn’t be cured, that devastated him and his family in the most hideous way? Do we cherish him now as a sordid and exotic artefact – the madman whose illness is actually fetishised, overlooking the monstrousness of his crime because his work is so sexily esoteric?

Jane was probably actually a man. Dadd is thought to have used male models -fellow inmates- in his portraits. He did something similar in a gorgeous painting of Ophelia, another victim of insanity.

I like that Jane’s madness has seeped out of that single woman into the model and the artist, just as she stains the landscape. There’s no division in the craziness, perhaps it suggests, we are touched together. We don’t come to stare at the lunatics, we come to recognise them.

I was in a bookshop and spotted Nicholas Tromans’ brilliant Richard Dadd The Artist And The Asylum, and it reminded me of Jane, who I’ve known most of my life. Get well soon, all of us.

One thought on “Richard Dadd: “But Strong Imagination Painted All The Woes Of Crazy Jane!”” 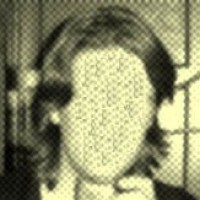 What *Are* You Talking About? 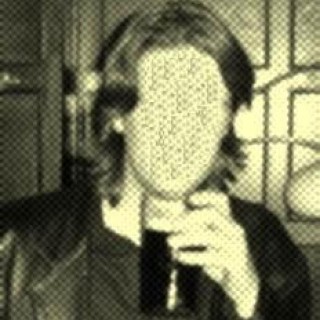